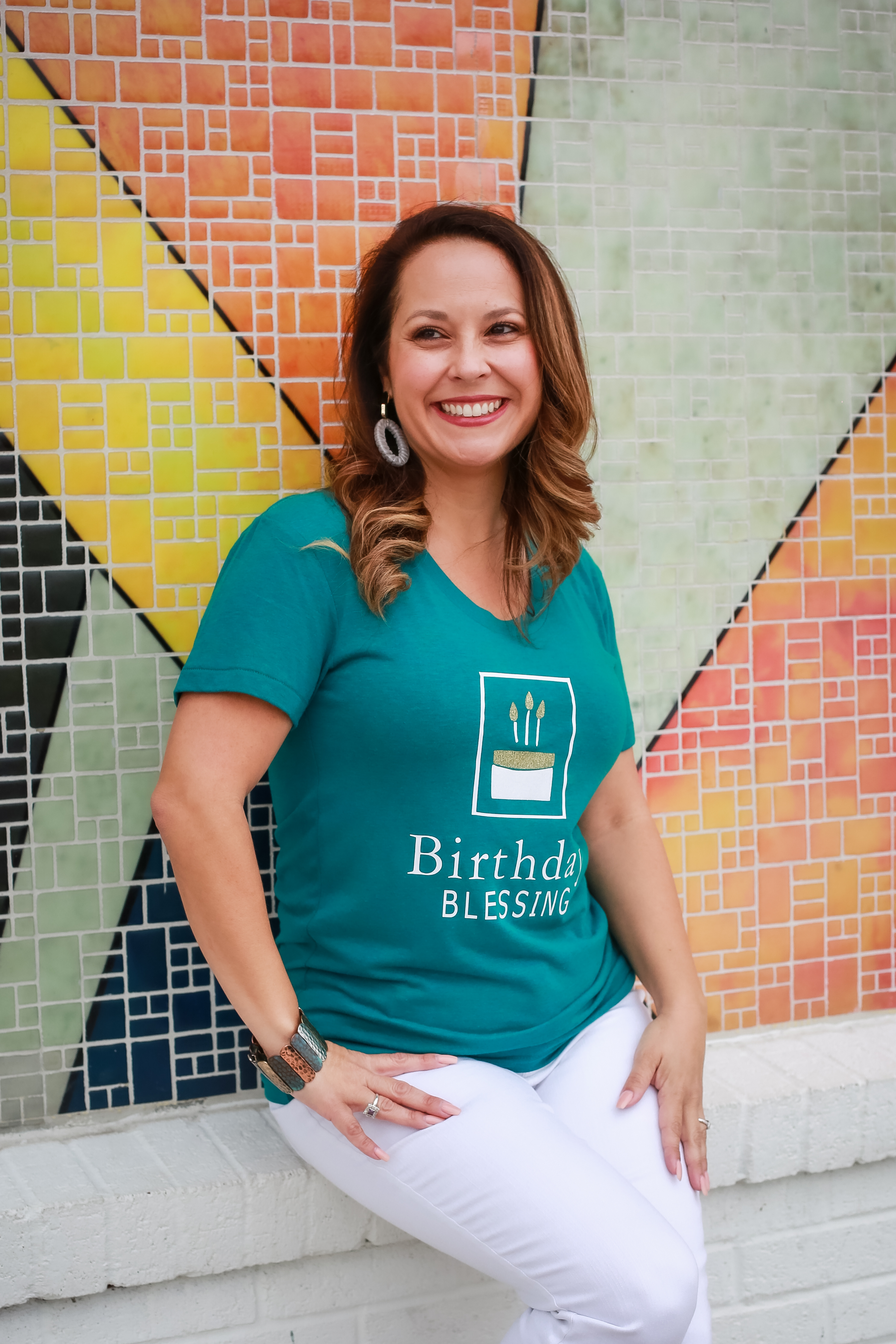 Then a friend invited her to a retreat, hosted by a Brazilian church. Throughout her life, Patricia had known who Jesus was. But knowing who Jesus is and knowing Him as a friend are two different things, she says. When she truly surrendered her life to Him at the retreat and encountered the Holy Spirit’s work and power, the depression lifted, inexplicably and immediately.

The gift of freedom was one she couldn’t wait to repay. The next morning, she began the day in a different way. Instead of telling herself that she could do it, she asked God what she could do.

“I was driving and I prayed, ‘What can I do for You, God? I want to do something. What can I do? You have done so much for me!’ I had never read the Bible before, so I just asked Him to show me how I could be His hands and feet.”

A few months later, she would hear the answer in the echo of her childhood memories.

On an otherwise ordinary evening, a friend mentioned a service project for their church group, suggesting that they pack a “birthday-party-in-a-bag” filled with presents and supplies for children at a local homeless shelter. Every member of the group agreed that the birthday kit was a terrific idea.

But as her friend continued to explain, Patricia flashed-back to her own birthdays as a young girl. Her parents were divorced and lived miles apart in Brazil. In addition, her mother traveled out of the country three months out of every year so Patricia lived with her grandmother. But one week was different from all the others. For Patricia’s birthday week, her father would drive six hours one way, and her family would stay in the same apartment together. Her mother would plan an elaborate birthday party, and the whole week felt perfect.

“Everyone got along on my birthday. My parents were nice to each other. On my birthday I felt loved, important, protected, celebrated, and safe. As soon as I thought of those memories, God spoke in my heart, ‘That is how I want these kids in the homeless shelter to feel. I love them. I want them to feel loved, important, protected, celebrated, and safe.’ I couldn’t stop thinking about those memories. I wanted to do more than just hand a child a ‘birthday-party-in-a-bag.’ I wanted to be there. I wanted to throw the party myself. So, I contacted one homeless shelter– just one— and asked if I could throw a birthday party for any children there. I did not have a long-term future or a big ministry in mind. I just wanted to throw a birthday party,” she says, shaking her head and laughing, “But God had other plans.”

On the day of the party, which had been planned for two young brothers, a local television crew happened to be filming a feature story about the homeless shelter because it was the only one of its kind in an affluent area.

As an afterthought, the news crew interviewed Patricia about Birthday Blessing, the name she had given her service project.

The clip of that unexpected interview would not stop in North Texas. Within days, it was featured on Good Morning America. “Hearing Diane Sawyer say my name was surreal,” Patricia remembers, the hint of a Portuguese accent shimmering in her words, “Hundreds of people called me after that. There were people in twenty-five different states wanting to start Birthday Blessing in their hometowns. I wasn’t prepared! I didn’t know how to expand from McKinney to Dallas, much less how to expand from Texas to other states!”

Since then, Birthday Blessing has celebrated over a thousand children, ages 5-12, from low income families in McKinney, Dallas, Seagoville, Fort Worth, Austin, Texas as well as in Brazil. Bowling alleys, indoor trampoline parks, and pizza parlors donate space to host the parties. Before their birthday party, each child writes a wish list. In addition to their siblings and parents, the celebrated child invites three friends and receives three gifts from their wish list, as well as brand new clothes and shoes. Each child also receives an age-appropriate personalized Bible.

“We chose to allow three guests and to give three gifts because of the three wise men who brought gifts at Jesus’ birth. The clothes and shoes are high quality. We never give cheap or discount clothing. This is because every gift will be wrapped with a tag that reads, Love, Jesus. All of this is from Him; it is not from us. How could we give them gifts that are cheap? We have to give them something He would give.”

Such kindness and generosity are overwhelming to the recipients of the party. Some of the parents go back to the homeless shelter with questions about this Jesus who loves and celebrates them. That is why Birthday Blessing partners with local churches to provide discipleship after the birthday fun is over. Patricia is most excited about this aspect of Birthday Blessing because she remembers what it felt like to have questions as a new believer.

Patricia’s willingness to be a follower of One has made her a leader of many, as she coordinates teams of volunteers to host monthly birthday parties.

And even as she passes out presents to the sound of laughter and squeals, she knows that she has been given the best gift of all.

In place of her tears, she has received joy, wrapped in bright paper with a tag that reads, Love Jesus.